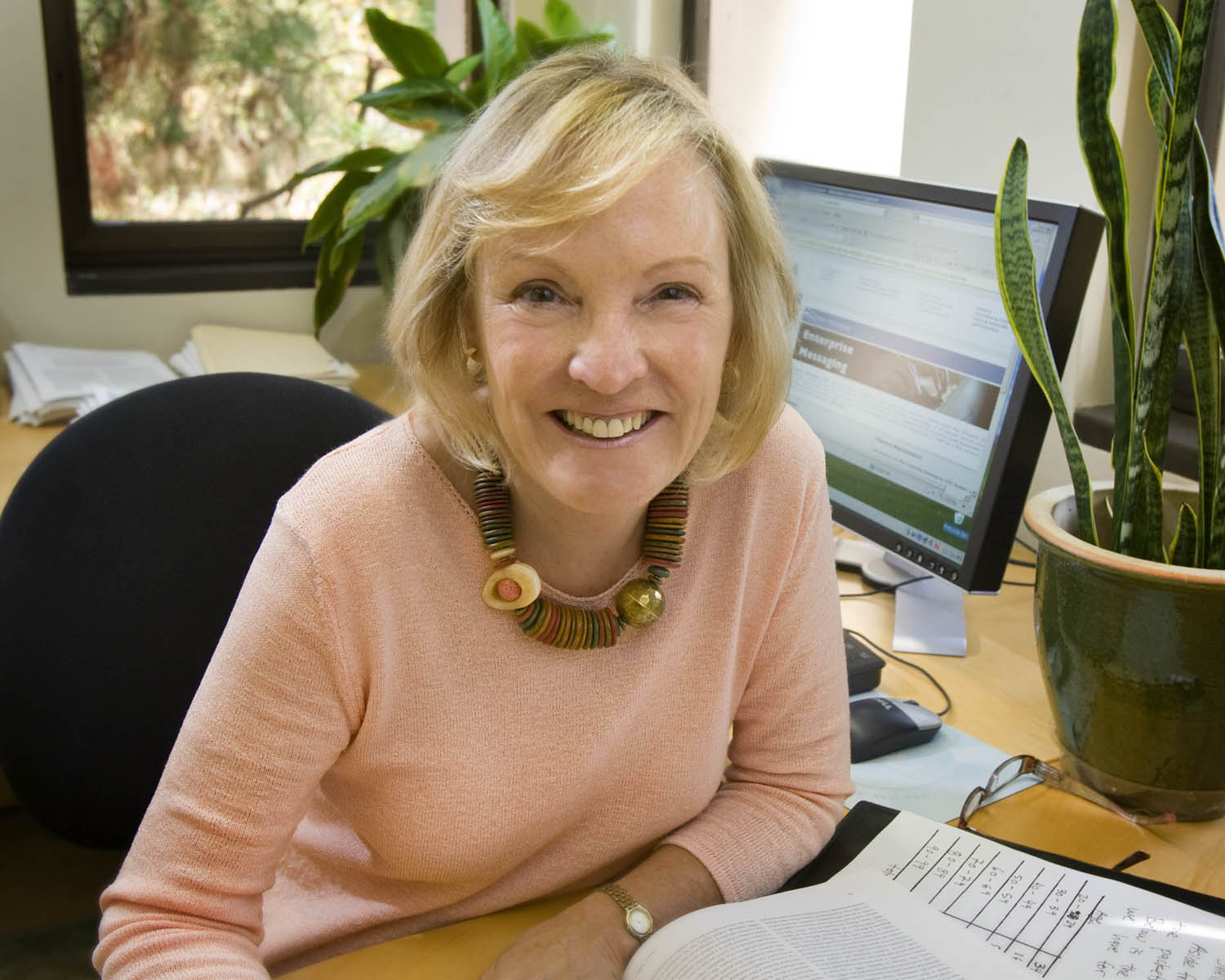 DR. SHELLEY E. TAYLOR received her Ph.D. in psychology from Yale University. After a visiting professorship at Yale and assistant and associate professorships at Harvard University, she joined the faculty of UCLA in 1979. Her research interests, which are detailed in this website, include the psychological and social origins and moderators of biological responses to stress. Professor Taylor is the recipient of a number of awards, most notably election to the National Academy of Sciences, the Institute of Medicine, and the American Academy of Arts and Sciences. She received the American Psychological Association’s Distinguished Scientific Contribution to Psychology Award, the William James Fellow Award of the Association of Psychological Science, the Donald Campbell Award in Social Psychology, a 10-year Research Scientist Development Award from the National Institute of Mental Health, an Outstanding Scientific Contribution Award in Health Psychology, and the Lifetime Achievement Award from the American Psychological Association. She is the author of more than 350 publications in journals and books and is the author of Social Cognition, Positive Illusions, The Tending Instinct, and Health Psychology.

SHIMON SAPHIRE-BERNSTEIN’s interests center around the interdisciplinary study of social relationships from a biobehavioral evolutionary perspective. To date, his research has focused on:

1) the psychophysiological consequences of stressful interactions and the ameliorating effects of social support,
2) the factors predicting subjective well-being, with a focus on social relationships and underlying cognitive processes, and
3) sex and gender differences in social behavior and in the importance of social relationships to overall health and well-being.

Shimon is also currently exploring his interest in the social psychological processes underpinning recent developments in the study of social networks. 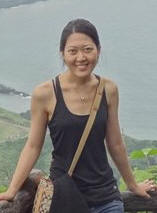 JESSICA CHIANG graduated from Smith College with a B.A. in Economics and Psychology. She is currently a second-year graduate student in health psychology and is broadly interested in the physiological pathways by which psychological and social processes influence physical health. Her current research is on:

SASKIA GIEBL was born in Vienna, Austria and graduated from the University of London with a Master of Science in Change Management and Consultancy before pursuing her passion and career as a researcher in psychology. Currently, she is working at UCLA, University of California, in the Social Neuroscience Lab with Dr. Shelley E. Taylor and in the Bjork Learning and Forgetting Lab with Dr. Elizabeth and Robert Bjork. Saskia is interested in understanding the nature and function of inhibitory processes of human memory, using cognitive and neuroimaging approaches. Current topics of interest include retrieval-induced forgetting and the role of inhibitory account in imagining the future, and how to put those memory processes into practice. 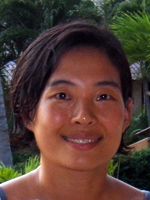 DR. HEEJUNG KIM received her first BA in French Literature from Ewha Women’s University in Seoul, Korea, and her second BA in Psychology from the University of Southern California. She received her MA and PhD in Social Psychology from Stanford University in 2001. After receiving her PhD, she was hired as an assistant professor at Harvey Mudd College in Claremont, CA until 2003 when she moved to UCSB. Her research focuses on the influence of culture on thinking, feeling, relationship and decision making. 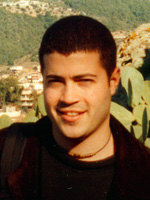 DR. MATTHEW LIEBERMAN received his Ph.D. from Harvard in 1999 and is an assistant professor of psychology at UCLA.  He is interested in issues of emotion regulation and automatic versus controlled social cognition.  His lab uses functional magnetic resonance imaging (fMRI) to study these questions from a social cognitive neuroscience approach. Homepage

DR. RENA REPETTI is a Professor in the Department of Psychology at UCLA. She received her Ph.D. in 1985 from Yale University. Repetti studies stress and coping processes in the family. Her work points to the overriding importance of the family social and emotional environment for the health and well being of parents and children, and to the dynamic interplay between an individual’s efforts to cope with daily stressors and patterns of family interaction. The findings from her program of research suggest several processes through which common daily stressors originating outside of the home (at work and at school) influence individuals and families. 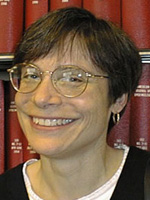 DR. TERESA SEEMAN is a Professor in the Division of Geriatrics at the UCLA School of Medicine. Seeman is an epidemiologist with additional postdoctoral training in neuroendocrinology. She has extensive experience in community-based epidemiologic research focusing on psychological and social factors in health and aging and has served as a Principal Investigator for the MacArthur Studies of Successful Aging. Many of Seeman’s recent publications have focused on the effects of social and psychological factors on neuroendocrine regulation and cognitive and physical functioning. Seeman is Co-Director, with David Reuben, of the Hartford Center for Excellence at UCLA, a training program for geriatric fellows who plan a career in research. 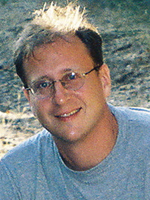 DR. DAVID SHERMAN received his BA in psychology from Cornell University in Ithaca, NY. He received his Ph. D. in psychology from Stanford University in 2000, and was a post-doctoral fellow in Health Psychology at UCLA from 2000 to 2003 working with Shelley Taylor and Traci Mann. He is the recipient of the 2003 Chancellor’s Award for Postdoctoral Research from UCLA and is a co-PI with Shelley Taylor and Heejung Kim on a research grant from the National Science Foundation. David Sherman’s research examines the role of the self in responding to threats and stressful events. In particular, he studies 1) how self-affirmation can make people more open to threatening information, and 2) cultural differences in how people use social support in times of stress. In this research, he examines how the basic motive to protect self-integrity is affected by socio-cultural factors and influences the psychological processes of defensiveness and openness. Homepage 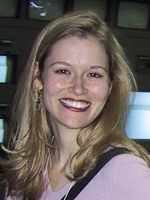 DR. NAOMI EISENBERGER graduated from UCLA with a B.S. in Psychobiology and then received a Ph.D. in Social Psychology from UCLA in 2005. She is currently an assistant professor in the UCLA Department of Psychology investigating the influence of immune system activity on neural function. Her primary interests are in understanding how the need for social connection has left its mark on the mind, brain, and body. She asks questions such as: “Why does social rejection hurt?” or “Why does social support bolster health and well-being?” and then uses cognitive neuroscience techniques to elucidate the neural systems involved to better understand the computational and experiential substrates of these complex processes. 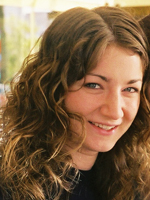 DR. SARAH MASTER graduated from the University of Pennsylvania with a B.A. in Psychology and the Biological Bases of Behavior. Currently, she is a 4th year graduate student in social and health psychology. Broadly speaking, Sarah is interested in the biological and neural underpinnings of human thought, affect, and behavior. More specifically, her research interests revolve around the psychological, physiological, and neural bases and effects of stress and stress-coping mechanisms. She is currently completing a project looking at the neural mechanisms by which social support may have attenuating effects on the distress associated with physical discomfort. This project will be a fundamental step in understanding how social support gets under the skin to affect biological and emotional health outcomes via neural mechanisms. 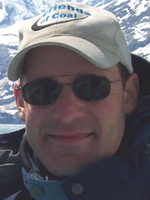 DR. BALDWIN WAY received a PhD in Neuroscience at UCLA in 2003 and a BA in Government at Dartmouth College.  With a background in neurochemical anatomy, his research focus as a Health Psychology postdoctoral fellow is upon the interaction of social experience with neurochemical modulatory systems in the regulation and neurophysiology of the stress response.